[Before you read this post, read the IP Strategist disclaimer]

What do Barbara Streisand, urinals, and craft beer have in common? They have taught us that having enforceable IP rights doesn’t mean you have to enforce them.

About 5 years ago, at the Rocky Mountain IP Institute, I was fortunate to attend a very entertaining keynote by the infamous Judge Kozinski of the 9th Circuit Court of Appeals. I think the general topic was how IP Lawyers could improve their advocacy. But what stuck with me was the section on “The Streisand Effect,” a meme describing instances where attempting to shield or censor information from the public had the unintended effect of bring the information into the public spotlight. 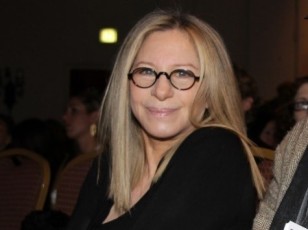 2003, a photographer, Kenneth Adelman, took around 12,000 aerial photographs along the California coast to show coastal erosion. Streisand sued Adelman to remove an image that happened to include her Malibu mansion. Prior to the suit, the image was downloaded six times (including two times by her attorneys). Within weeks of news of the lawsuit, Adelman’s website had hundreds of thousands of views.

A couple of years later, Mike Masnick coined the “Streisand Effect” in Techdirt to describe a similar situation in which a resort issued a takedown notice over unauthorized use of their name by (what is I hope the only website dedicated to urinal photography) Urinal.net. As in Streisand’s case, the resort’s legal action drove a huge number of viewers to an otherwise relatively unknown site.

Being a good client advocate often means finding non-legal (not illegal) approaches counseling, and often even counseling inaction. Some of my proudest moments as an attorney have involved talking clients out of acting, even when they probably had a right to do so.

Companies and their attorneys are often trigger-happy when it comes to enforcing their rights. But in this age of Twitter and Yelp, and the many other online havens of instant and pervasive rantings and ravings, arguably the most powerful court in the world is the Court of Public Opinion.

“It’s a dangerous business going out your front door.” -Bilbo Baggins, The Fellowship of the Ring, J. R. R. Tolkien

A few years ago, Colorado-based Renegade Brewing Company got a call from Brooklyn’s Sixpoint Brewery. Renegade was used to the laid-back, collaborative culture of Colorado craft breweries. So they were shocked when Sixpoint’s president called to tell them they had to stop selling one of their beers.

I wasn’t there, and I don’t know the details; but Sixpoint’s federal trademark presumably gave them nationwide rights to stop others from selling beers with confusingly similar names, and Sixpoint would have every right to enforce those rights. It certainly appears that the law was on Sixpoint’s side, and that Renegade didn’t have much leverage.

So Sixpoint could take Renegade to court. But should they? And what about Renegade? What can, or should, they do?

Sixpoint followed up its call with a cease-and-desist letter from their attorney. And Renegade fought back in the Court of Public Opinion. Renegade’s president, Brian O’Connell, issued a press release, stating:

“We at Renegade are saddened to see the rising number of disputes in the brewing industry. Renegade is proud to be a member of an industry that has a strong collaborative component and we will do our part when possible to preserve it.
Of course a company has a right to protect its trademarks, but we believe that a cease and desist letter should only be used in the case of honest trademark infringement that causes legitimate confusion for the consumer in the market place. …
Therefore, the new name we chose for our beer is Redacted. It represents that there was something there before that no longer is, that our original name was silenced by a legal move. Although the name will change, the beer inside the cans will not. No recipe changes will take place. We look forward to continuing to bring our popular Rye IPA to the people of Colorado and to working in the greatest industry in existence. ….”

Sixpoint apparently backed down and got some bad press in the interim. Meanwhile, Renegade’s renamed Redacted Rye IPA continues to be their best-selling beer on tap.

So, while it appeared that Renegade had little legal leverage, the pressure of social media and negative press had a huge impact on the outcome.

In Sixpoint’s defense, they were in a tough position. Trademarks must be policed to remain enforceable: each time trademark owners knowingly stand by while someone else uses a similar mark, their right to enforce their marks next time can slowly erode away. For example, trademark owners often send cease-and-desist letters to even when they don’t intend to take action. Still, there can be a fine line between simply policing your mark and ending up looking like you are petty, greedy, and overly litigious.

Legal action can be expensive. People often quote the high price of litigation in terms of attorneys fees, damage awards, and injunctions. But reputational costs can sometimes be at least as damaging to a company. Before you react, pause, take a breath, seek good counsel, and remember to pick your battles.

View all posts by Daniel Sherwinter